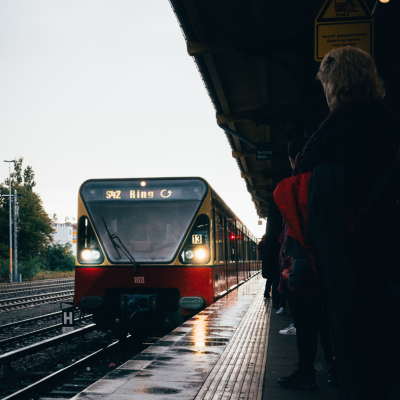 Wollondilly Mayor Robert Khan has called on the NSW Government to invest in quality public transport for the Shire, following the release of data showing our residents are paying significantly more in road tolls than those who live in other parts of Sydney.

Recent studies have indicated that Wollondilly residents are paying up to twice as much in road tolls as people living in inner city areas, an extra disadvantage on top of the long commutes they face.

With the area growing steadily and 70% of residents travelling across Sydney for work and education opportunities, the Mayor has highlighted once again the lack of a reliable passenger rail service to the area.

Mayor Khan said, “Since I’ve been serving on Council I’ve been lobbying for better public transport, particularly rail, to link us to the rest of Sydney.”

“We are supposed to be part of the metropolitan transport zone but our public transport services are worse than in country areas. We don’t even have the basics, like Opal cards for our buses.”

“Our residents have no real option and are forced to use cars and pay the exorbitant tolls due to the lack of reliable connections to other centres and the frequent disruptions to services,” he said.

The main Southern Highlands line is a freight priority diesel line. For many years Wollondilly Council has been calling for the line to be electrified and duplicated from Picton through to Campbelltown.

With our new town in Wilton expecting to house up to 50,000 people over the next 20 to 30 years, Council has also lobbied the NSW Government for a new rail line from Maldon through to the new Wilton town centre via the Maldon Dombarton Rail Line. So far there has been no commitment from the NSW Government to servicing this growth centre with passenger rail services.

Mayor Khan noted, “As the Wilton growth area progresses, without rapid bus services in the short term and passenger rail services our future residents will be forced to endure long car commutes to Sydney via the Hume Motorway.”

“The motorway will become very busy in the morning and afternoon peaks, which will increase commute times and reduce the amount of time our residents spend with their families,” he said.

“The NSW Government needs to commit to delivering fast and frequent public transport including repaid bus services and electrified passenger rail services to Picton and Wilton. This would also improve our ability to attract businesses to the area and provide more jobs locally.”