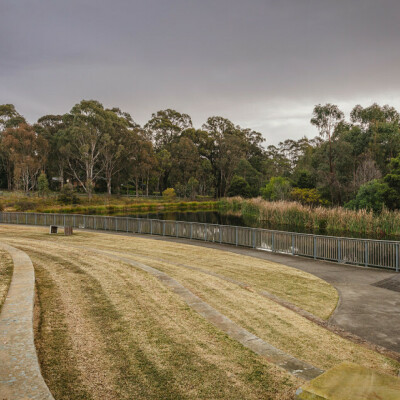 “We’re doing our bit and delivering housing for Greater Sydney, now it’s time for the NSW Government to fund and deliver a fair share of infrastructure for Wollondilly”.

“There is an immediate solution to the so-called housing supply crisis: deliver the enabling infrastructure for land that’s already rezoned by the state government in places like Wilton, and focus any further growth in areas that already have the needed infrastructure in place”.

That’s the message from the Mayor of Wollondilly Shire, Matt Gould.

Wollondilly Shire Council has been proactively planning for the predicted growth at Wilton for many years, and Council has now met its NSW Government mandated five-year housing target between 2016 and 2021.

Although Wollondilly is one of only 10 councils who have met their target, Mayor Matt Gould believes the Shire is not seeing the State Government provide the infrastructure required to support the growth they are mandating.

“We are calling on them to step up, take action and provide this desperately needed infrastructure for a growth centre that they created” he said.

Mayor Gould has also called for the Government to halt any plans for development at Appin as part of a major housing expansion south-west of Sydney.

“Council has a clear vision that the focus of our housing growth will be in the existing growth area at Wilton. Given that we are meeting our housing targets, I am also calling on the State Government to halt plans for premature development at Appin, or any other area of the Shire where it is inconsistent with Council’s vision.”

“It seems that the housing targets are disproportionally allocated across the local government areas of Greater Sydney.  Some local government areas in the Eastern Suburbs are only required to provide a few hundred homes, while others on the very fringes of Greater Sydney are expected to provide housing in the thousands, without even being provided the most basic infrastructure to support that kind of population. It’s nothing short of postcode discrimination”

“It is not only the total number of homes that is concerning, it is the disproportionately low share of resourcing, funding and infrastructure being provided to support these growing communities. This needs to be done better by the State Government.”

“Our Council has delivered our share of the regional growth needs of Greater Sydney in Wilton, however the State Government is now looking to push further housing delivery in Greater Macarthur whilst other local government areas that haven’t come close to delivering on their targets, have vastly better access to services and infrastructure”

“Our residents have had a gutful of the state government and developers constantly promising desperately needed infrastructure if we accept more growth and time and time again the houses arrive and the infrastructure just never materialises. We shouldn’t have to accept this, especially when other local government areas are not delivering their fair share.”

“I am very concerned that the state government is trying to rush through a quick rezoning of that area to the detriment of our existing communities and Shire residents. There simply is not the infrastructure to support the growth we’ve already had thrust on us, let alone any additional growth.”

Wollondilly Council continues to advocate for basic infrastructure funding and delivery in utilities such as water and sewer for its towns and villages, as well as transport planning and solutions for Wilton and across the Shire.