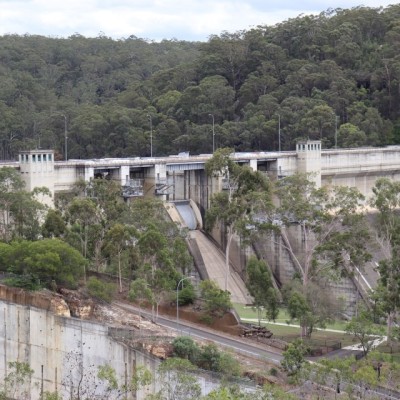 Wollondilly Mayor Matt Gould has once again called on the NSW Government to abandon its proposal to raise the Warragamba Dam Wall by up to 17 metres.

Wollondilly Council has been opposing the State Government’s plan to raise the Warragamba Dam wall since 2018, and has previously campaigned with Blue Mountains Council to give a voice to the issue.

The area that would be inundated as a consequence of the proposed raising of the existing Warragamba Dam wall is almost entirely located within the Wollondilly Local Government Area.

There are fears that raising the dam wall would not achieve the flood mitigation outcomes that are being touted, and for the damage this would cause to the area’s unique indigenous heritage and native species, as well as the impact on the Blue Mountains World Heritage Status.

Following this week’s extreme rain and flood event, the fourth to inundate Wollondilly this year, the Mayor is well aware of the seriousness of the floods and the need to mitigate their impact.

“I have been on the ground dealing with floods in the Wollondilly Shire for the past week, with the Nepean River experiencing major flooding. Many properties have been affected, our roads have once again been significantly damaged, and our businesses have been on constant high alert all week,” he said.

“I fully understand the impacts of flooding on the Hawkesbury-Nepean but I don’t believe that raising the Warragamba Dam wall will effectively mitigate flooding, and it certainly isn’t the silver bullet some people are making it out to be given that the government’s own modelling shows that more than 50% of flood waters can come from the Upper Nepean and catchments that are effectively downstream from the proposed wall.”

“This has been seen from the floods that have impacted Wollondilly and Camden this week, where we had major flooding in excess of 16 metres at some locations. None of this water is captured by Warragamba Dam and all of it flows through to the Lower Nepean and Hawkesbury, so we would have been facing significant flooding along the Hawkesbury-Nepean even without the impacts of water from the Warragamba River.”

“There clearly needs to be more done to manage and mitigate flooding along the Hawkesbury-Nepean, but there are faster and better options than raising Warragamba Dam that have not been properly considered. We knew 10 days before the rain started that this was coming and should have started releasing water from Warragamba then to create more of an air gap.”

“We could also lower the drinking water storage of Warragamba to create an additional permanent air gap and offset this through greater use of the desalination plant that we are already paying for and that is currently not being utilised.”

“This would allow us to redirect the billions of dollars that raising the dam wall would cost into flood evacuation routes and road infrastructure that is desperately needed for at-risk communities across Greater Western Sydney and which would also improve transport links on a day to day basis.”

“The unfortunate reality is that even if Warragamba Dam was raised the Hawkesbury-Nepean would still be at risk of catastrophic flooding and we need to be able to get people out.”

“Raising Warragamba Dam is not in the interests of Western Sydney, potentially costing over $2 billion and enabling developers to cover rural floodplains with housing, as well as the possibility of creating a sense of complacency from those still at risk of catastrophic flooding.”

“The January 2017 Hawkesbury Nepean Flood Management Strategy stated that the raising of Warragamba Dam would facilitate the ‘doubling’ of the floodplain population by ‘134,000 people’ by the year 2040.”

“If we are serious about managing the risk along the Hawkesbury-Nepean the first thing we need to do is stop building more houses on the flood plain.”